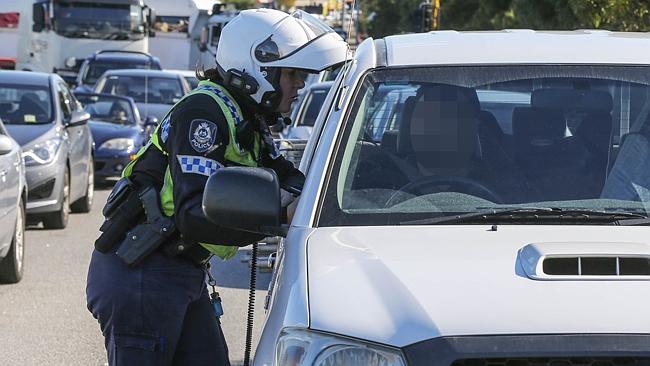 And motorists who speed, run a red light or fail to give way will face tougher penalties under the changes.

Fines for a number of traffic offences will increase by up to $300.

And WA motorists aren’t happy about the increases, with some drivers taking to talkback radio to vent their anger about the big hikes in fines and penalties.

These include a $1200 fine for an offence that previously didn’t attract a fine or affect demerit points — altering number plates or fitting a device that prevents effective identification.

Failure to wear a motorcycle helmet has jumped from a $100 penalty and three demerit points to a $550 fine and four demerit points.

Others said the penalty changes were blatant revenue raising.

But road safety minister Liza Harvey said they were designed to discourage unsafe driving behaviours, particularly those with the highest risk of causing crashes or injury.

The changes were recommended by the Road Safety Council after a report by the Centre for Automotive Safety Research.

● Travelling at 30km/h to 40km/h over the speed limit will increase from five demerit points to six.

● Failing to stop at a red light or red arrow will increase from three demerit points to four.

● A new penalty of three demerit points for failing to drive at a speed at which you can safely stop when approaching a pedestrian crossing.

● A new penalty of two demerit points for entering an intersection after the traffic light has turned yellow.

● An increase from two demerit points to four for overtaking when unsafe to do so or failing to keep a safe distance when overtaking.

Ms Harvey said the rule changes target unsafe driving practices that had the highest risk of causing a crash.

“We need to do everything we can to discourage unsafe driving behaviour, which is why penalties need to reflect how dangerous these driving offences are,” she said.

Ms Harvey said tough penalties were needed to break new bad habits, like mobile phone use in cars, in the same way that tough penalties enforced the wearing of seatbelts.

“The illegal use of mobile phones in the vehicles continues to plague the community, with drivers seemingly unable to resist the urge to touch their phone while driving,” she said.

The changes will be introduced from the Queens Birthday Weekend in September.

A full list of penalties can be found here.