Crashing into something (or someone) while driving in reverse is a very unpleasant experience.

People usually bump into bollards and signs leaving only minor scratches and dents, but when you reverse into a person or another car, the outcome can have dire consequences.

That’s exactly what happened to the owner of a rare Ferrari 458 Speciale in a Virginia car show. The visitors were bewildered by the sight of an old Mercedes 380 SL sitting atop the Ferrari’s headlight and the owner standing by it, dazed by the sight. The driver who reversed into the $300,000 Ferrari was shaking at the very scene she’d caused. She was in the car with her husband and two kids, but no one was hurt. 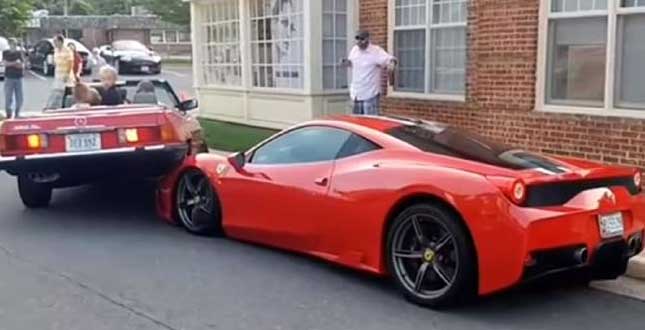 Of course, people aren’t flawless but every now and then it happens that we get distracted or lose our concentration at the worst possible moment.

Some might call it bad luck, but what if you could reduce the possibility of such mistakes to a minimum?

What if it were as simple as a merger of two already existing technologies? For example, put a camera on the back of your car and display the live video onto your head unit display or a separate monitor. It’s called a “reversing camera” and, simplistic as it sounds, it’s one of those “how did I live without this?” gadgets, according to many drivers who adopted it early.

In 2014 the IIHS (Insurance Institute for Highway Safety) issued a report with data showing to what degree reversing cameras actually do improve visibility. Blind zone reduction was around 90% on average with reversing cameras. It was concluded that, generally, larger vehicles have worse rear visibility, although there are exceptions.

Take the Hyundai Sonata for example: it has a very tall rear boot lid, making its rear visibility worse than an F-150 if a 12-15 month old child is behind the car. In this test, the blind zone for the Sonata was 42% larger than the F-150.

Although you could improvise your own makeshift reversing camera, today you have the opportunity of buying these systems at a low price, prepackaged, optimized, with optional features, and really easy to install and use.

The market offers great variety and thus a suitable mounting solution no matter what type of car you’re driving.

Of course, these systems come with user manuals and warranties so you don’t waste your time poking around and troubleshooting if something doesn’t work.

Reversing cameras (also called reverse cameras or car cameras) have been around for a long time, but only recently have they started gaining the attention they deserve, as some car manufacturers include them in standard car equipment.

With the rising popularity of in-dash audio/video systems and navigation interfaces, the video capability is already there…  it’s now just a matter of routing a cable to the back of the radio and connecting it to the existing interface. For cars without in-dash video systems, separate monitors can be added very easily – dash mounted monitors or rear view mirrors with integrated monitors. After installation, maintenance is as easy as checking the optical element for dirt and cleaning it with any non-abrasive cloth every now and then.

The basic reversing camera unit consists of the camera (the optical part that gets mounted and captures video in a certain direction with a set field of view), power cable and a video output cable.

Since all the connections are standardised fitting your reversing camera to a new car is nothing to worry about.

There are even reversing camera models that replace the licence plate light and housing that are very inconspicuous and sleek by design. 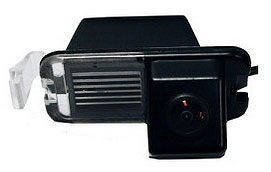 Other reversing camera types for passenger vehicles are available here.

Unlike dash cams, which are passive gadgets that you forget about until something bad happens, reversing cameras are considered “active” for several reasons.

You actually do use them while driving by looking at the screen and they don’t have to always be on – it can be configured to turn on only when the gear lever is in reverse. When the car is moving forwards, the screen does not display the video feed.

The live video feed from the camera can be displayed on either on:

Below are illustrations of those display options.

The above NSR-43R is a replacement mirror that has an in-built video screen that displays the reversing video when the vehicle is in reverse.  When not in reverse the video screen cannot be seen and works normally as a mirror. 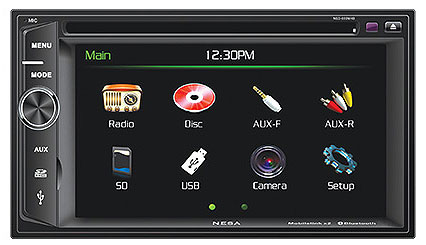 Some reversing cameras help with blind spots, but their main use in everyday driving is to ease backing up when the street view is obstructed and make parking in tight spaces less tedious.

Also, not everyone has the same reflexes and level of spatial awareness. As people get older, their senses slowly degrade, but that doesn’t mean that young people are necessarily better drivers, as many new drivers are young and unacquainted with various road conditions.

As offensive as that sounds to some people, it is a fact that a fraction of a second can mean the difference between stopping your vehicle in front of a pedestrian, and hitting them while going in reverse.

Such was the case of a 96-year old man who died after being hit by a reversing car in Beacon Hill, Australia. The 89-year old female driver reversed over the old man while he was walking with the help of a walking frame. Even though the speed of a reversing car can’t be measured against the vehicles normal speed, in a situation where the afflicted person doesn’t have the means to react, any vehicle becomes potentially deadly.

Every motorist knows that the ball is always followed by the kid. 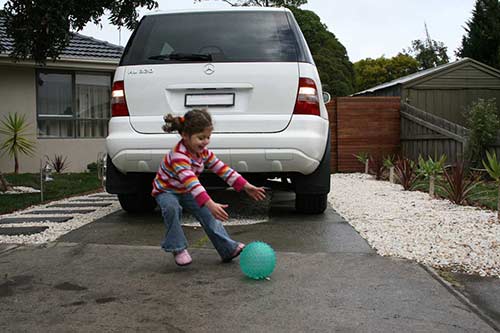 This is, of course, not always the case, but every driver *should* have that in mind, and always be ready to slow down on the sight of a ball on a road.

However, if you can’t see the ball while going in reverse, then you definitely won’t expect a kid. So, safety first!

This is why the main benefit of a reversing camera is to avoid injury and damage to property.